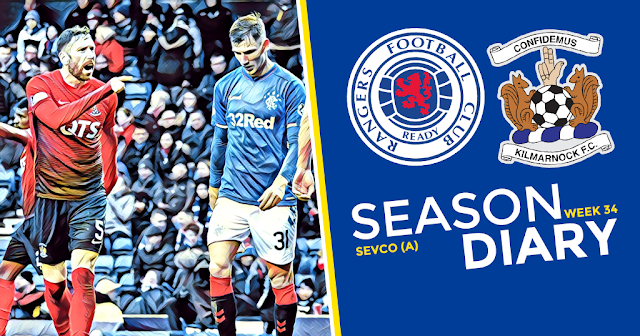 Due to circumstances I found myself having to seek out a bar in Manhattan to watch the game on Saturday, and that wasn’t easy as the St Patrick’s day parade had started.

There is a Sevco supporters club on the upper east side though, which was risky, but better than no game at all.

Ten of them, one of me, outnumbered as usual but I fancied our chances!

An early injury to Eamon Brophy was a setback, but his replacement Conor McAleny had the presence of mind to slip past their defence and put us ahead.

At half time they wanted $10 for watching the game so I gave them $20 and told them to invest the rest in a goalie.

They did equalise eventually, but we had our tactics right and possession football saw us leave with a well-deserved point.

There were a few meaty challenges by both teams but Slippy Gerrard’s knicker wetting is just sour grapes.

Well done to big Stuart Findlay on getting called up to join Steven O’Donnell in the Scotland squad.
‹ Back to news headlines
Share this page: